Interested in having Lauren speak to your group or store?

Wild Women of Maryland: Grit and Gumption in the Free State 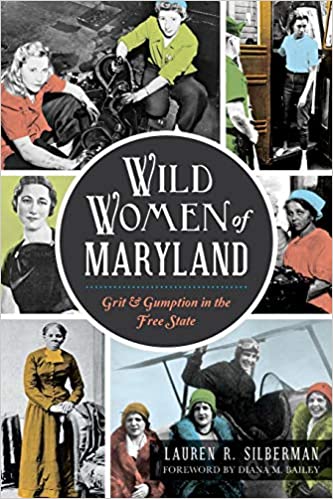 SONG ABOUT SUFFRAGE: The story of Edith Houghton in Wild Women of Maryland inspired the song "Mother Mends" by Joe DeFilippo. It's performed by the R.J. Phillips Band. Listen Now!

Read my Q&A with Baltimore Magazine 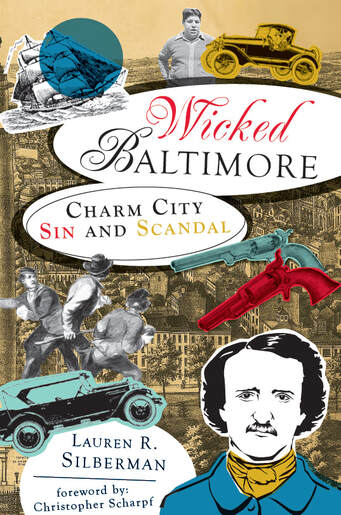 "Thanks to a cast of lively characters and an ample selection of vintage photos, Wicked Baltimore's a great read with fascinating historical tidbits at every turn. The likes of Poe and Billie Holiday make requisite appearances, but it’s the Plug Uglies (the Westside street gang/political party), speakeasy denizens, and long-forgotten criminals that make things truly interesting." - Baltimore Magazine

As home to Edgar Allan Poe’s body, the acerbic wit of H.L. Mencken and Fells Point’s nest of pirates, Baltimore revels in the deliciously dark side of its history.  From the incensed citizens of 1808 who torched a cargo of Geneva gin on Hampstead Hill to the Gilded Age socialite who allegedly poisoned four family members, the city’s early history is littered with tales of raucous violence and sordid misdeeds.  Local author Lauren R. Silberman leads readers through the horrors of slave pens, the chaos of the Pratt Street Riots, and the backroom speakeasies of Prohibition to reveal the sinister and scintillating face of Charm City.

"Lauren R. Silberman’s offering from her Muse is a delightful read, thoroughly documented, and a real winner of a book.... Besides being a very good story-teller, Silberman is also a pretty darn good researcher." - Baltimore Post-Examiner

"Is it appropriate to call a collection of stories that celebrates Baltimore’s seedy underbelly charming? Living contrary to convention, with which Baltimoreans claim some expertise, can make a place more exciting, which adds to its appeal, and Wicked Baltimore is a charming collection of well-researched historical vignettes about the parts of Baltimore that make the city interesting." - Style Magazine

"Wicked Baltimore is sure to reveal and unearth a sordid, dark, mysterious, curious, and remarkable past to readers." - The Baltimore Examiner
Purchase a Signed Copy from Lauren (Etsy)
Purchase Unsigned (Amazon)

The Jewish Community of Baltimore 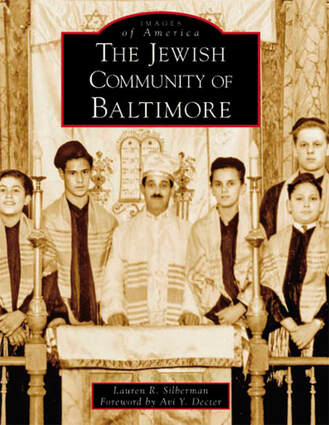 When Jews arrived in the mid-1700s, Baltimore was little more than a backwater port with an uncertain future. As the city grew so did its Jewish community, forming its first congregation in 1830 and hiring the first ordained rabbi in America in 1840. Today Baltimore is home to one of the nation's largest and most diverse Jewish communities, with approximately 100,000 Jews living in the metropolitan area. Through photographs and documents drawn primarily from the collection of the Jewish Museum of Maryland, The Jewish Community of Baltimore chronicles this fascinating history. More than 200 historic images portray the progress of Baltimore's Jews from a handful of immigrants starting new lives in a growing port city, to an established network of clergy, businesspeople, educators, philanthropists, and civic leaders. From the family-owned delis on Lombard Street and the grand department stores on Howard Street, to the majestic synagogues on Eutaw Place and the current epicenter of Jewish life on Park Heights Avenue, Jews have left an indelible mark on Baltimore.

Purchase Unsigned (Amazon)
Disclosure: Some of the links above are affiliate links. This means that, at zero cost to you, I will earn an affiliate commission if you click through the link and finalize a purchase.